Monica Singh is a visharad in Odissi dance from Gandharva Mahavidyalaya, New Delhi and is a senior disciple of Smt. Madhavi Mudgal. She started dancing at the age of six due to the insistence of her pianist mother. Monica trained in Bharatnatyam under Smt Sonal Mansingh for a period of twelve years and with her teacher performed and gained experience by accompanying her as a disciple to various parts of India.

After seeing a choreographic composition in Odissi 'Sohamasmi' by Smt Madhavi Mudgal in 1988, Monica realized that she had finally found her medium, Odissi, with its haunting, beautiful music and graceful, fluid movements that bordered the lyrical. An ancient dance form and yet so young and modern in its appeal.

Monica decided to learn Odissi with Smt Madhavi Mudgal. She trained extensively with her for 15 years and gained immense experience and in depth knowledge about Odissi not just through its traditional form but also by being a part of the choreographic works based on exploring Odissi. She has travelled widely as a troupe member and as a soloist performing in her own right.

Monica started performing from the young age of 11 years. She has performed in France, Sweden, United Kingdom, Belgium, Germany, Switzerland, Vietnam, Laos, Nepal, Bangladesh, Russia, etc. She regularly travels to conduct workshops and master classes with Odissi dance enthusiasts around the world and is highly sought after as a teacher with in-depth knowledge and skill.

Indian classical dance as a form is now standing at a very interesting cultural junction where it has to survive and grow with the modern world and not become obsolete and ancient in a negative way. Monica has felt the need to express her art keeping its form and boundaries intact and yet, to move into new spaces of free expression. To keep the artistic spirit alive within her Monica started experimenting in theatre and worked in several plays enriching her artistic abilities. 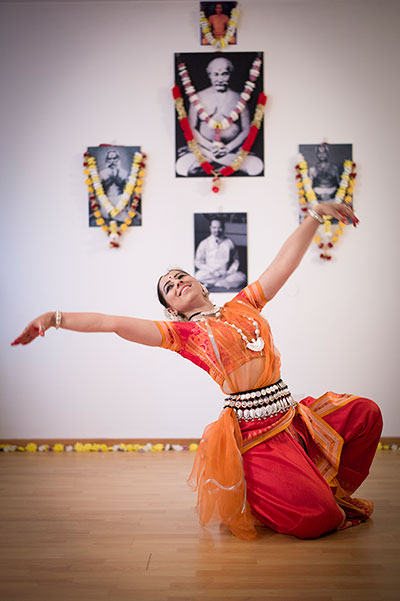 She worked with Arjun Raina in his theatrical production "The Magic Hour", a play combining Kathakali, Odissi and Shakespearean theatre.

She is a member of THE BLACK BAKHKHAI COLLECTIVE, an International Company of performing artists traveling with a collection of several plays and solo performances.

Monica has worked in many schools of Delhi like the Vasant Valley School, Green fields, Manav Sthali, Amity International School, etc. Teaching Odissi as a specialty subject. She has also taught at Bal Bhavan, New Delhi and conducted workshops for the Indian embassy in Moscow on Indian classical dance traditions. In 2003 Monica started SOHAMASMI (centre for performing arts) with two branches in Gurgaon where she concentrated exclusively on training students in Odissi dance.

In 2010 Monica Singh was granted a permanent residency by the Australian Govt Under the Distinguished talent visa category . She has now moved to Australia and continues to perform and teach there as well. The Sohamasmi Centre for Indian performing Arts now has a branch In Melbourne and Gisborne.

She teaches in the city of Melbourne at DANCEHOUSE in North Carlton in Melbourne.

The Odissi School successfully premiered its first professional public show in 2016 titled aptly as “An Odyssey of Odissi dance “. Several talented students are now being seen as potential trailblazers in the future of Australia’s cultural Landscape.

Being a part of the community also means offering ones talent and skill towards the cultural texture . Monica Started a Non-profit organization in 2010 the Sohamasmi centre for performing arts. This organization has organized several house and community performances inviting Australian artists in an environment of intimacy between the viewer and audience. 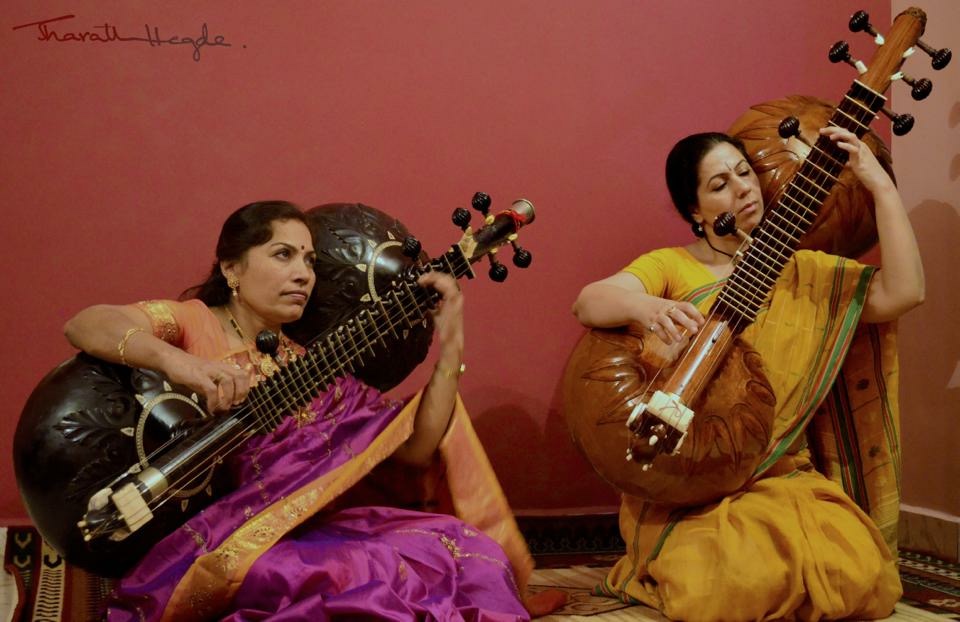 Since 2013 Monica Singh started to Learn to play the Rudra veena. From Smt Jyoti Hedge who is the only woman who plays this rare instrument in the world. In the Dhrupad gharana of veena playing women were essentially not allowed to play the veena owing to many myths, superstitions and also the cumbersome size and weight of the instrument.

Monica has chosen this instrument for its challenge and its deep connection to Naad Yoga. She continues to hone her skill as a Rudra Veena student and hope to enrich the art world one day with this as her offering as well.